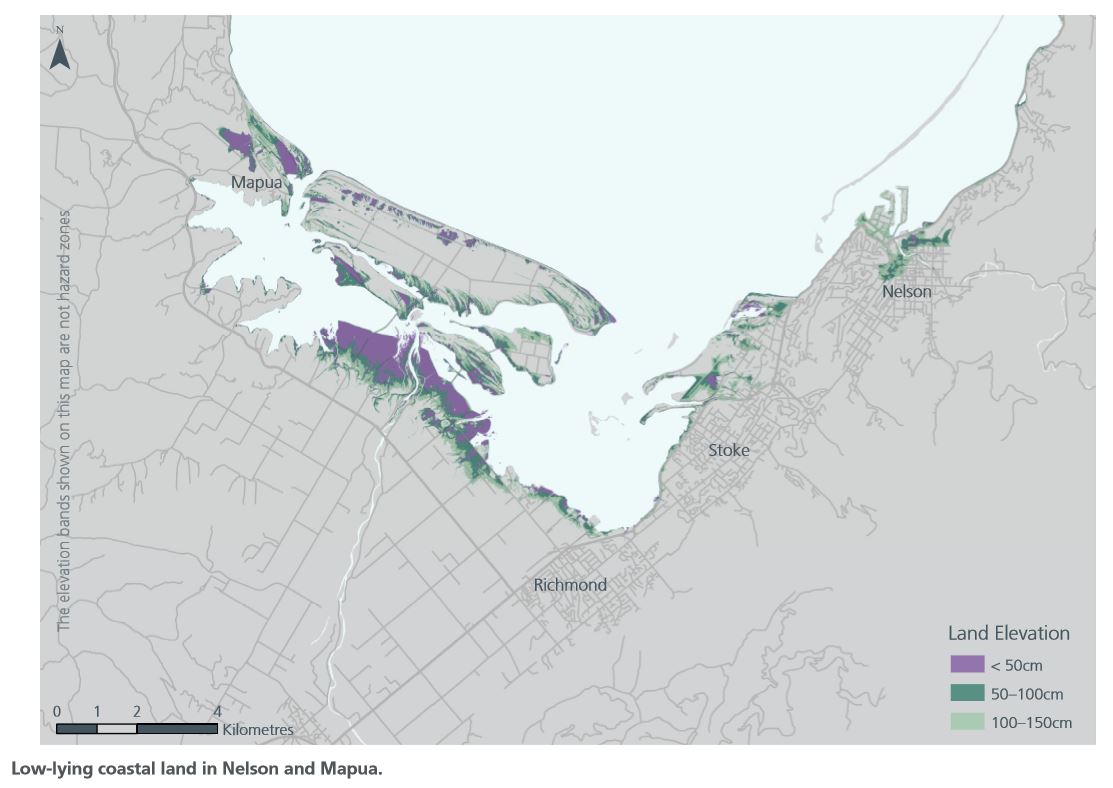 These booklets have been published in conjunction with Preparing New Zealand for rising seas: Certainty and Uncertainty.

The booklets contain a number of maps showing areas in New Zealand that are low-lying and close to the coast, with a focus on urban areas. Land elevation in these maps has been measured using Light Detection and Ranging (LiDAR) technology, and is shown above mean high water springs (MHWS-10).

Areas that are both low-lying and close to the coast are, in general, most vulnerable to sea level rise. This is certainly the case when it comes to coastal flooding and rising groundwater. Erosion is rather different – a shoreline need not be low-lying to be eroded.

The elevation bands shown on the maps are not hazard zones and should not be interpreted as such. Such maps aid in identifying areas at risk as the sea rises. But local characteristics are also vitally important. For instance, a low-lying area close to the coast may be protected by a headland or a natural barrier such as a sand dune. And groundwater will only be a problem if it is connected to the sea.

Detailed elevation surveys, using LiDAR technology, have not been carried out for the entire New Zealand coastline. As a result, maps for some urban areas are not available.